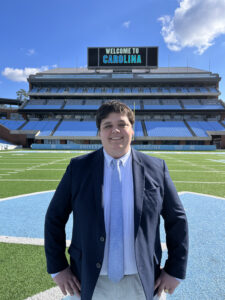 Christian, Speaker of the Senate

Elected by the Senate, the Speaker leads the Legislative Branch. Per the USG Code, the Speaker serves as the Presiding Officer, spokesperson, chief administrator, and highest ranking officer of the Senate body. As such, the Speaker certifies and signs all bills into law along with the Student Body President, certifies and signs all resolutions/acts on behalf of the Senate, and nominates students to various Boards across campus. Furthermore, the Speaker is an ex-officio member of all senatorial committees: Finance, Rules & Judiciary, Oversight & Advocacy, and Ethics. Additionally, the Speaker serves on the Joint Governance Council and on the Carolina Union Board of Directors. Christian Phillips is the Speaker of the 104th Senate. Currently serving his first term in the UNC Senate, Speaker Phillips also represents Carolina’s 5th District.

Christian Phillips is from Raleigh, North Carolina majoring in Journalism. Before attending Carolina, Christian attended the University of South Carolina for two years, serving as the Judiciary Committee Chairman in the USC Senate. Christian previously worked in the USG Vice President’s office and on the Faculty Council before serving as Speaker for the 104th Senate. 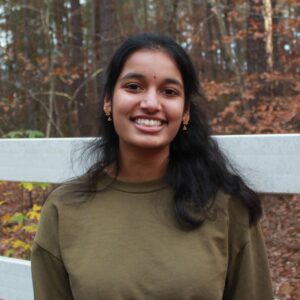 Arthi Annadurai is a senior from Morrisville, NC studying psychology and political science. Arthi previously served as the O&A Vice Chair in the 103rd Senate before serving as the Speaker Pro Tempore for the 104th Senate.