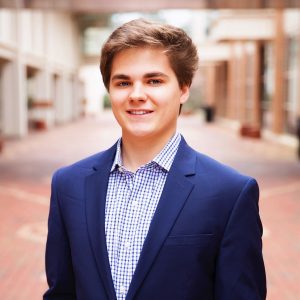 Jack Purdie is from Greensboro, North Carolina studying Computer Science and Entrepreneurship in the College of Arts and Sciences at UNC. Before attending Carolina, Jack attended Page High School where he served as Vice President and founding member of the Young Republicans and Democrats Club. Jack has been involved in the Legislative Branch of Student Government prior to being elected Finance Chair of the Undergraduate Senate. In addition to this role, Jack is also serving as Vice President of Business Development for Carolina THINK. Tanner Henson is from Asheboro, North Carolina studying Biology and Political Science in the College of Arts and Sciences at UNC. Before attending Carolina, Tanner attended Chatham Central High School where he had served as Class President and State Action Team Member of the FBLA. Tanner served as a Senator in the 99th session of the Legislative Branch, prior to being elected Chairman of the Rules and Judiciary Committee. In addition to other roles at UNC, Tanner serves as a volunteer with the GOP and has recently been nominated to serve on the Executive Committee for the party. 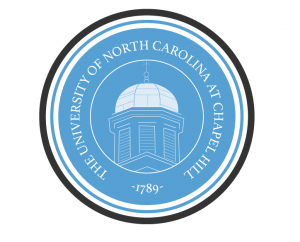 Wil Wiener is a Quantitative Biology major from Little Silver, New Jersey, with minors in Computer Science and Entrepreneurship. This is Wil’s third session as a member of the Oversight and Advocacy Committee. This year, he hopes to work with his committee to improve the Senate’s understanding of the needs of all students, along with improving student government transparency. Along with Senate, Wil has worked with the RHA, Student Government Executive branch, and the Entrepreneurship Minor Ambassadors Program. He is also a brother in Alpha Sigma Phi.